The City Council is composed of five members elected at large on a non-partisan basis to serve four year overlapping terms. Municipal elections are held on the first Tuesday after the first Monday in November of even numbered years.

The Mayor is selected by the City Council, from one of its members, for a one year term and serves as the official representative of the City. The Mayor is the presiding officer at City Council meetings and executes legal instruments and documents. However, the Mayor is not vested with administrative authority.

The Council is the legislative policy-making branch of City government. It is the Council’s responsibility to govern the affairs of the City by enacting ordinances and resolutions, approving the annual budget, authorizing contracts, ruling on applications and appeals, and sitting as the Planning Agency.

The City Council meetings are held on the second and fourth Mondays of each month at 6:30 p.m. in the Council Chambers at the City Hall, 6165 Spring Valley Road, Hidden Hills. All meetings of the City Council are open to the public and shown live on Cable TV channel 3. Residents are encouraged to attend the meetings to learn more about your City government and how it operates. Your comments and opinions are always welcome and appreciated. 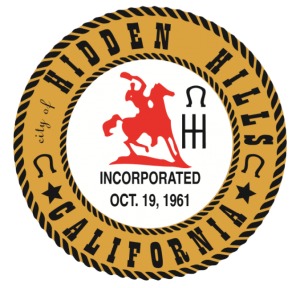